Rambhatla Foundation is a proposed Not-For-Profit unit that focuses on the development of Literature, Arts , Science & Technology by focusing on development cutting edge work in the fields of telugu language.

Founded by Mr. Kiriti Rambhatla in the memory of his late Grand father Mr. Lakshmi Narayana Sastry Rambhatla , the Foundation aims to encourage & recognize people studying Literature , Arts, Science and Technology in the Southern Indian language of Telugu by allowing exceptional works in Telugu to be translated & published globally in English. 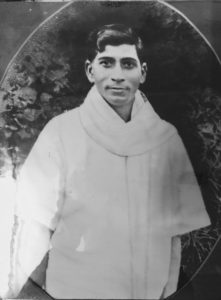 Mr. RLN Sastry  has a BA (Literature) from Andhra University, MA (Oriental Languages) from Banaras Hindu University (BHU) and is a POL (Sanskrit , Hindi & Telugu) . He was a Telugu professor at Andhra University and AVN College in Visakhapatnam, India.

Considered by many of his time as the finest translator and commentator of ancient Indian Vedic literature and puranas, Mr. Rambhatla has been conferred honorary titles like “BRAHMASRI”, “PANDITA RATNA” & “UBHAYA BASHA PRAVINA” by organizations in Andhra Pradesh.

Mr. Rambhatla is also famous for translating the works of legendary Indian Sanskrit poet Kalidasa into Telugu language. He was covered in the National Daily “THE HINDU” in 2008 commemorating his centenary. His life and works were covered in “LUMINARIES OF 20th CENTURY” by Potti Sriramulu Telugu University in Hyderabad, India.

His published/unpublished works are now being translated into English for wider recognition by his grandson Mr. Kiriti Rambhatla. 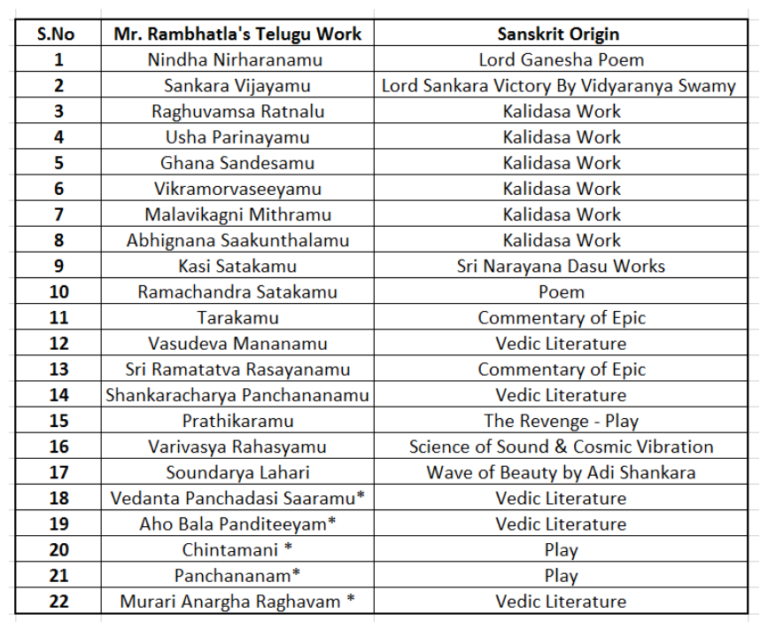 Get recent updates of Kiriti's work

You have Successfully Subscribed!